Behind on book reviews again 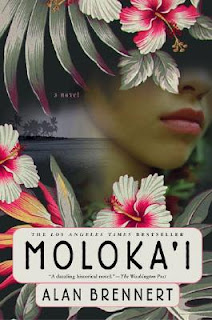 Moloka'i by Alan Brennert
Moloka'i is a Hawaiian epic which takes place at a leper colony beginning in the late 1800’s. The novel begins when 7-year-old Rachel Kalama begins showing signs of leprosy, and she is sent first to a local hospital and then to a leper colony. The book spans her whole life, which is much longer than we might expect. It took me a long time to read, but was very enjoyable. Though it was fiction, it is a real place and it’s a fascinating little bit of history. I highly recommend it. 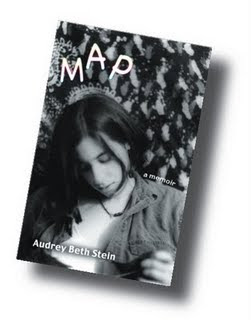 Map: a memoir by Audrey Beth Stein
As a disclaimer, you should know that I know the author and read a couple early drafts of the book. But if you’ve been reading my blog for a while you also know that I’m not crazy about memoirs, so perhaps those two biases balance each other out.

Map is a rather short coming-of-age memoir covering about an 8-month period of time in which Stein, a college student, began an online relationship with a woman she met on an Indigo Girls mailing list. It’s also a coming out story, and a story about many kinds of relationships – not just romantic ones, but relationships with friends, acquaintances, and parents. There is all the angst you would expect, and a level of melodrama that will remind you, painfully, of your first relationship. But it's also surprisingly humorous, and a couple of times I actually laughed out loud.

Info about how to get the book is here, and if you want to check out some of her other writing, look at the Show and Tell section on her website. 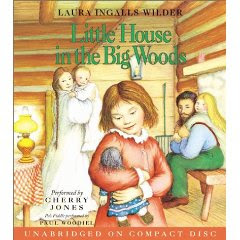 Little House in the Big Woods by Laura Ingalls Wilder
Have I mentioned that I want to be Laura Ingalls Wilder? I read this set of books numerous times as a child and was just reinspired to start them again. My mother still has my old set and I’m going to get them from her when I visit for Thanksgiving because frankly, the library copies just aren’t the same.

I always loved the descriptions of how the Ingalls family lived. The toys that Pa made for the kids, the descriptions of how Ma made cheese, and the fun things they did – like making candy out of maple syrup and snow, or playing ball with a pig’s bladder. They were so resourceful and industrious, and as an adult I appreciate the simplicity and self-sufficiency of how they lived. I loved reading this book as an adult just as much as I did when I was a kid.