The rest of the Christmas gifts

Now that Russian Christmas - the pinnacle of my holiday season - is over, I can show you the rest of the seasonal crafts.

Starting with the cutest thing in the world. 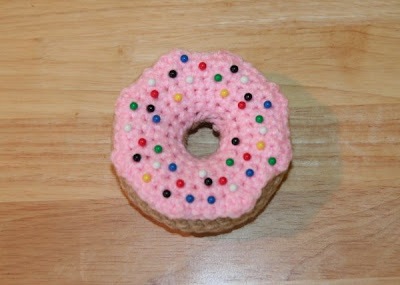 Isn't it? A doughnut pin cushion - what could be better than that? This was a gift from my good friend Annmarie who has been crocheting up all sorts of cuteness. Like another gift that she gave me: 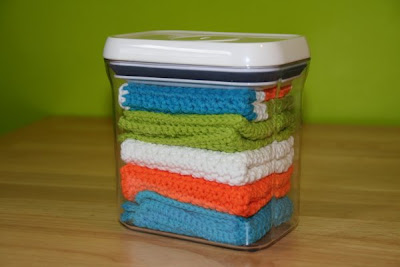 An entire container of crocheted dishcloths in colors that match my house! You can even see the matching of dishcloth to wall in that photo. 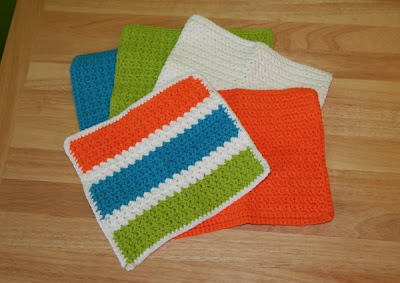 The stitch pattern gives them a great scrubby texture. 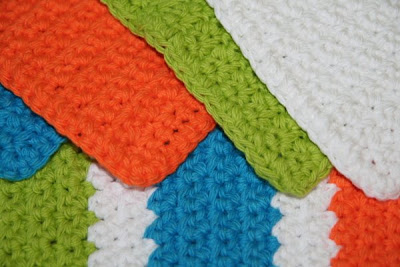 I also made gifts for Annmarie that I haven't been able to share with you before now. A dishcloth which seemed quite lovely until she made me a whole array of dishcloths. But I think it is pretty anyhow. This is from the ubiquitous ball-band dishcloth pattern published in Mason-Dixon Knitting. 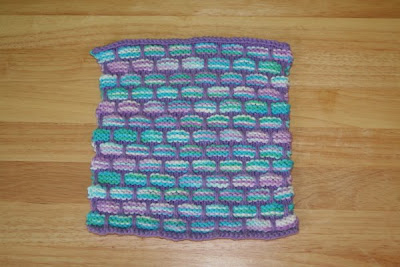 Also, a little more amazingly, I managed to sew an oven mitt and matching potholder. 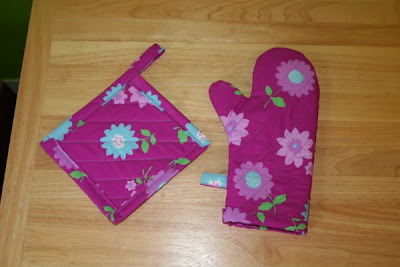 For the mitt, I used the pattern from Skip To My Lou. I just winged the potholder, and though it is only a potholder it is impressive for me.

I made another set for my mom, but her dishcloth was made in shades of pink and white. I was going to make one of each of these items for myself as well, but I'm a little done with looking at that fabric for a while. I could easily whip up a dishcloth, but I think I'll be all set with those for a while.

Love the donut pincushion! The sprinkles are pins...brilliant! And goes along with the abortion donuts! Your oven accessories came out beautiful by the way :)

Every time I look at the donut pin cushion it makes me happy :)

Found your post while searching for crocheted dishcloths. Love the pincushion. And your dishcloth - was that knitted? Haven't seen that pattern before. Keep up the good work.