The Little Stranger : a review 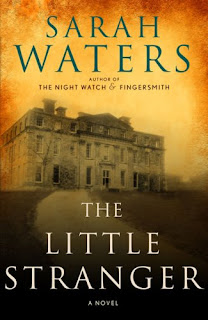 Dr. Faraday visited Hundreds Hall once as a child when his mother was a servant there, but doesn’t return until he is called there to treat a servant. He is intrigued by the Ayres family and soon begins to visit regularly, becoming involved with the troubled family. He is drawn to them all, but especially to Caroline. But something is happening at Hundreds, and though the family insists they are being haunted, Dr. Faraday explains it away as just symptoms of an old house and overactive imaginations. Despite his rational explanations, whatever it is continues to rip the family apart while he looks on helplessly.

I loved how subtle the story was. There was no ghost that you could see, and all of the incidents could be explained away, yet even Dr. Faraday had some doubts. Whether the house was haunted or whether the family was just haunted by psychological problems and their tragic past remains open to interpretation.

The characters were all complicated and troubled but in different ways. Mrs. Ayres was haunted by the child she lost so long ago, Roderick returned from the war both physically and psychologically damaged, and Caroline was a spinster who felt smothered by Hundreds Hall and wanted nothing more than to escape from it. Even Dr. Faraday had his issues; a confirmed bachelor, he was clumsy in his romantic pursuit of Caroline, and did not see what was obvious to the reader, that her feelings for him were lukewarm at best. I loved the feel of the book. There is something that appeals to me about watching a creepy old house – and the family within in – fall into ruins.
Posted by 3goodrats at 3:29 PM