I haven't knit a thing in well over a week, but I also neglected to post about knitting last week so I do have something new to show you. Even if it's not really new anymore. 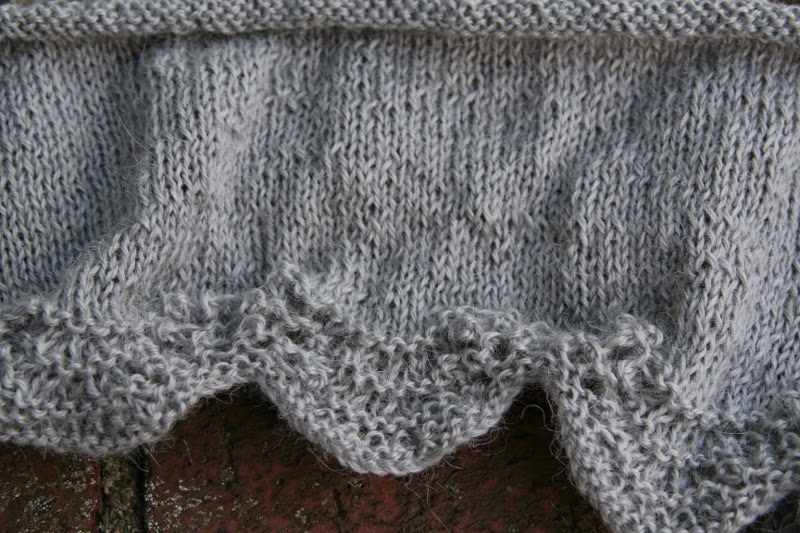 This is the beginning of Pianissmo, which I've mentioned before as a possible project. It appears to be a simple drapey sleeveless top, but then I actually purchased and downloaded the pattern. This pattern is 21 pages long. Twenty-one. Granted, photos take up some of that space, but not a lot. I'm not sure what makes it so complicated because I don't read entirely through patterns before beginning like I'm supposed to. It has caused a great deal of regret over the years, yet I continue to skip this vital step.

The project is already not going incredibly well. That scalloped looking pattern along the bottom looks nothing like the photo and I'm hoping it's something that blocking will fix, but we all know what a futile hope that usually turns out to be.

Still, the yarn is lovely so I'm enjoying the knitting.
Posted by 3goodrats at 10:00 AM