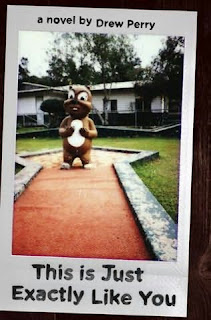 Jack Lang and his wife Beth live in the suburbs with their 6-year-old autistic son, Hendrick. On a whim, Jack buys the house across the street for no apparent reason. After years of household projects begun and never finished, this is the last straw for Beth, who leaves Jack and moves in with his best friend Terry. Somewhat shell-shocked, Jack carries on with his job at Patriot Tree & Mulch, bringing Hendrick to work with him, and eventually moving to the new house across the street and starting an affair with Terry’s ex-girlfriend Rena.

I found Jack an appealing, if flawed, protagonist. He is a guy to whom things happen, but who rarely takes the initiative himself. He has grandiose ideas, yet can’t ever quite get them off the ground. Hendrick, too, was a rather delightful character and together they were a colorful and eccentric duo. Though the reviews on this book were mixed, I rather liked it. It was quirky and humorous and Jack was so easy to sympathize with, even as you could see him getting himself in deeper and deeper into an already awkward situation.

My main quibble is with the cover. Though I chose this book based entirely on the title and cover art, after reading it I can’t figure out why the statue on the cover is a beaver. If it were a catfish it would make much more sense. Now isn’t that enough to make you want to read it?
Posted by 3goodrats at 10:57 AM

Labels: books, drew perry, reviews, this is just exactly like you