According to Ravelry, I began these socks in August. But it has really been a much longer road than that. August was when I finally settled on making them all stockinette stitch and started them for, I think, the fourth time. 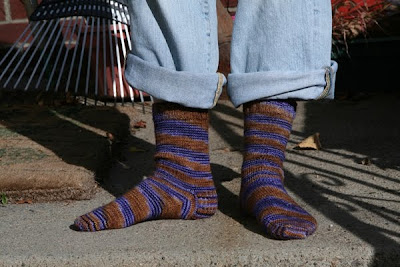 But they are done, and that is what matters. Upon finishing the second sock and weaving in the ends, my first instinct was to burn them. That would have been a lot of work gone to waste though, and the fact is, they are rather pretty and extremely comfy. 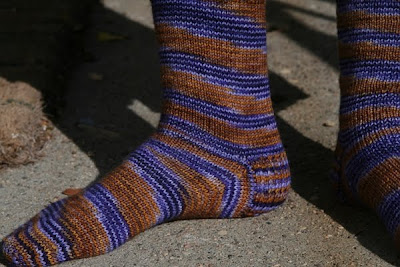 So I'll keep them and just try to forget all the trauma associated with their creation.
Posted by 3goodrats at 6:46 PM

Yay, glad they are done. They are quite pretty. I wore my Madelinetosh socks last night and all evening kept thinking how comfy my feet were :)