It really does take a village 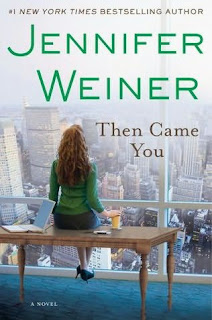 Beautiful, lonely Jules is fresh out of Princeton, working hard for little pay, but wants more than anything to send her father to rehab. When she is approached by a man representing a fertility clinic asking if she would consider selling her eggs, it seems like the perfect solution. Annie, a housewife married to her high school sweetheart, is struggling to raise two young sons and pay the bills. Though she yearns for the college education she never had, she decides that what she is good at is having babies, and being a surrogate would pay very well. Thirty-eight (or forty-three?) year-old India has changed her name, her face, and her life and has finally snagged herself a rich man. A baby would financially seal the deal, but India and Marcus are unable to conceive and turn to surrogacy. However, India's plans are threatened when her step-daughter Bettina, a young woman as poor in social skills as she is rich in money, decides to hire a private investigator to dig up dirt on India's background.

As always, Weiner's clean writing flowed well, propelling the story along. Compared to her other novels there was more sex and, unfortunately, less humor. But having four main characters and frequently switching perspective meant that I didn't get to know any of the four women as well as I would have if the book were more focused. They were interesting women though, and I'd be happy to read an entire book about any one of them.

Although I didn't like it nearly as much as her other books, I still enjoyed it well enough. Her style is engaging and easy to read and I always enjoy her plots. This was no exception - the issues brought up with egg donation and surrogacy are complex and I like how she drew everyone involved into the story. For Jules, donating her eggs was a simple process, but there were other interesting aspects of her life explored in the novel. On the other hand, Annie's marriage was affected by her decision to be a surrogate. I've always wondered about this aspect of surrogacy and I'm so glad someone wrote it into a novel. She was also a fascinating character because she married so young (arguably too young) and missed a lot of things that many of us experience in our youth. Her whole situation was rather touching and I felt more sympathetic towards her than the other characters. At times I was surprised at Bettina's actions as they didn't seem to fit with her character, but it was hard to tell as I found her to be the least developed of the four women. India was complicated and somewhat surprising and could easily be a book unto herself.

As an interesting aside, the cover shot is an exact scene from the book, right down to the outfit Bettina wears as she perches atop her father's desk with her cup of coffee. This was surprising and refreshing in an age when most book covers are stock photos with only tenuous relevance to the content of the book.

Bottom line: Then Came You is a fun read and I absolutely think it's a great choice to take to the beach this summer. But if you're new to Jennifer Weiner, I'd recommend starting with one of her other books.
Posted by 3goodrats at 7:50 AM