When You Reach Me

When You Reach Me by Rebecca Stead (2009), narrated by Cynthia Holloway 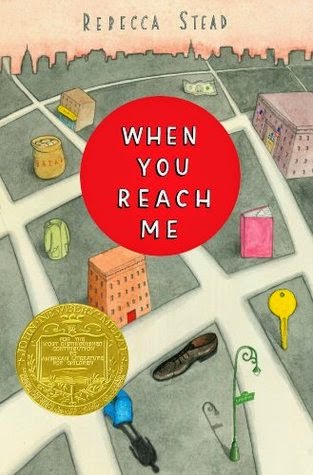 It's the late 1970s and 12-year-old Miranda is receiving mysterious notes from a stranger which make no sense to her. But a lot things are mystifying her these days. Like why her friend Sal was punched by some kid right out of the blue, and then shut her out even though they've been friends their whole lives. And why someone would steal the key to her apartment and go inside, but leave all the valuables untouched. Miranda begins to realize that the notes are related to the strange things that have been happening and, stranger still, the person writing them seems to know about things that haven't happened yet.

When You Reach Me is somewhat of an homage to A Wrinkle In Time, which happens to be Miranda's favorite book. She refers to it usually just as "my book" but gives enough detail that it's obvious which book she's talking about, and eventually she does mention the title. I'm not a huge fan of A Wrinkle In Time and maybe wouldn't have read this had I realized the connection. But I'm glad I did - it's a clever story in many ways, especially in the connection to the L'Engle novel.

One of my favorite aspects of the book was the time period. There is something just a bit magical about books taking place in the late 1970s, that last bit of time when kids still had freedom. Not that Miranda and her friends were going out and having amazing adventures, but even taking a job at a sketchy sandwich shop during their school lunch breaks is something they wouldn't be able to do today. 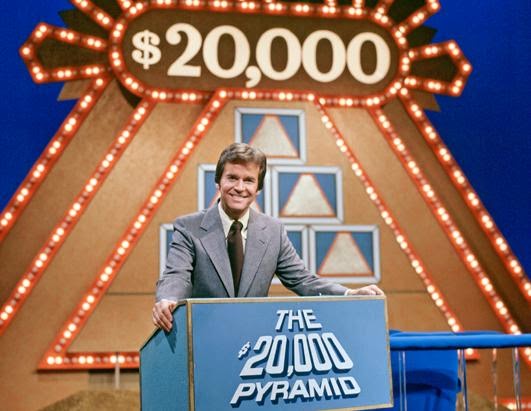 And of course there's the $20,000 Pyramid. For those of you too young to remember, this was a game show hosted by Dick Clark, the man who didn't age. Miranda's mother will be competing on the show, and through much of the book the family is practicing at home for the big day. They are really counting on winning this money. As an added touch, the chapters take their titles from categories on the game show, like "Things That Bounce" and "Things You Keep Secret."

Middle school is, of course, a time of great drama and Miranda has her share of a typical 12-year-old's troubles. She befriends a girl who has had a falling out with her best friend, which puts her in the middle of a tense situation and means that she's now the focus of great disdain from a worldly mean girl named Julia. She also finds herself getting closer to a boy named Marcus, the very same kid who punched her friend Sal. Awkward. One of my favorite conversations was the one in which Marcus and Julia tried to explain time travel and Miranda just couldn't grasp it. (I feel your pain, Miranda. I never quite understood Back to the Future.)

I listened to the audiobook version, which was narrated by Cynthia Holloway. She sounded pretty young and did a good job with voices of various characters of all ages, though a couple of times it sounded like she briefly slipped into another character's voice. Occasionally her tone sounded a bit too lofty for our narrator, but that was just a minor, and fleeting, annoyance.

When You Reach Me has been on my to read list for a while, and in fact the only reason I finally got to it is because I chose it for the TBR Pile Challenge. While not a favorite, I enjoyed this short, clever book and the childhood nostalgia it evoked.
Posted by 3goodrats at 8:20 AM