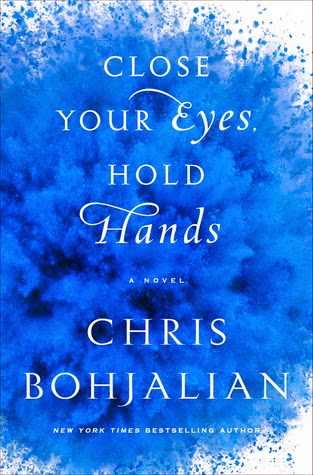 Emily Shepard is a homeless teenager in Burlington, Vermont who has been living in an igloo she made out of trash bags. Her parents both worked at a nuclear power plant, but months ago there was a meltdown that killed both of them and several other people. Even worse, her father is being blamed for the disaster. Emily can't go home because her house is in the Exclusion Zone, and she doesn't want anyone to know who she is, so she's been on the run ever since the accident. For a while she was staying with an Iraqi War vet who is also a drug dealer and worked as a prostitute for him. She has also been cutting herself. At one point she started taking care of a nine-year-old runaway foster kid named Cameron. And the whole time she can't stop thinking about her old house, and her dog Maggie, who she left behind to die.

Emily is narrating the story from a hospital of some sort, and she jumps around a little because of her state of mind. Her narration is just disjointed enough to illustrate her mental state without being confusing. She describes the panicked moments after the accident, and her fear of being questioned by police and ostracized as the daughter of those who caused the nuclear meltdown. Through everything the poetry of Emily Dickinson keeps her going. (And I learned from this novel that any Emily Dickinson poem can be sung to the tune of the Gilligan's Island theme song. Who knew?) The tone, in parts, was rather apocalyptic because of the whole post-nuclear-disaster aspect, and of course I loved this since I'm always a sucker for catastrophe.

Though she has become streetwise, Emily was still naive in many ways. Hardened by her homelessness and desperation, she still managed to be quite empathetic. For instance, she did some unpleasant things to get Cameron a skateboard because she knew it would make him happy. She was smart and resourceful and determined, and I can't help but think that she will overcome any difficulty she ever faces. Bohjalian captured the voice of a teenaged girl very well, in part because of help from his daughter, who was nineteen at the time he was writing this novel (and who narrated the audio version.) This authenticity, and the general readability of the novel, gives it great crossover potential to a teen audience.

Close Your Eyes, Hold Hands is a departure from Bohjalian's most recent books, which have been historical novels. Although I've enjoyed them a great deal, I'm very happy at his return to contemporary fiction. Many of his contemporary novels have some sort of social issue at the center, but they are never simplified or trite as "issue novels" tend to be. They are complex and realistic and feature characters who feel authentic. I know I will not be forgetting Emily Shepard anytime soon.
Posted by 3goodrats at 10:11 PM