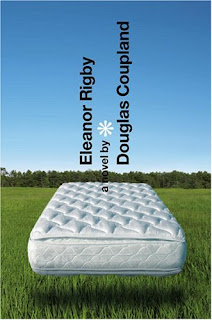 Liz Dunn is a lonely woman leading a quiet life. One night while out renting videos to get through a convelescence after the next day’s oral surgery, she sees a comet streak through the sky. That is the moment in which she decides she would rather have peace in her life than certainty. Soon after, she receives a phone call from a hospital. A young man has been admitted after an overdose and his medic alert bracelet lists her contact information. She has never met this young man, Jeremy, but she knows who he is and his sudden presence changes her life.

Written in first person, we visit a few different time periods in Liz’s life. The novel opens in the scene described above, but the story also skips ahead several years to a trip to Austria, and there are flashbacks to a high school trip to Rome. Towards the end of the book, events start happening in real time. For instance, Liz will say that something is currently happening and mentions something she is expecting, and then updates after it has happened.

Liz is not a happy person, though meeting Jeremy is obviously a huge turning point in her life and enables her to make peace with her past. The only allusion to the title is when she gives out her email address which starts with “eleanorrigby@” but it’s clear that lonliness is a major theme in the book. But her self-deprecation is never tiring, in fact she is insightful and quite witty. For instance: “But when you’re alone, you know that money is the one thing that can keep you safe. Safe from what? Safe from being hauled away in the middle of the night and baked into protein wafer cookies to feed people who are in relationships.”

See? How can you not like this character? The novel is very easy and quick to read, but don’t be fooled – there are sad, serious themes here. They are just wrapped in packaging that makes them easier - and more fun - to digest.
Posted by 3goodrats at 10:21 PM