Nobody Is Ever Missing

Nobody Is Ever Missing by Catherine Lacey (2014) 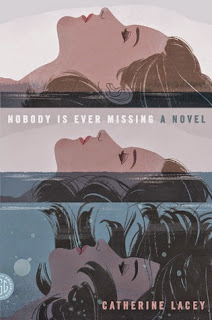 One day Elyria leaves her husband behind and flies to New Zealand with no explanation. She has a vague plan to to stay with a poet she has met once at a party in New York and who invited her to stay on his farm if ever she found herself in the area. It is clear that Elyria is still dealing with her sister's suicide several years before, and as she hitchhikes around this new country, her grasp on reality becomes more and more questionable.

Despite how it sounds, this isn't a very complex story. Many of the threads were not followed or explained. Elyria's sister was adopted from Korea and was Elyria's own age, which could have add a great deal to the story, but didn't. The fact that Elyria married her sister's professor is also noteworthy, but rather unexplored. At the time of her leaving, Elyria had also been participating in a study that involved having blood drawn and being subjected to a battery of questions, but we never find out why. In many of these cases, I wondered why these story lines were even introduced if they were just going to be left hanging there. But even with all these tidbits, there is very little going on at all.

The best part of the story was when Elyria was waylaid in a small town because she was out of money and was forced to take a catering job where she befriend a transgender woman named Jaye. Jaye was easily the most likable, down-to-earth and well-adjusted person in the whole book and I really thought Elyria would have done better to just stick with her.

The real beauty in this novel is the prose. Despite not being much of a story, I found great pleasure in reading Lacey's poetic and frequently surprising narration. Told in the first person, the reader is drawn inside Elyria's disordered mind, and her stream-of-consciousness perspective is sometimes frustrating but also full of unexpected beauty and I marked many passages to re-read. Here are a couple of the shorter ones:

"One framed picture was on the wall: a man on a sailboat looking at the ocean like it belonged to him, like he'd spent his whole life earning enough money to buy the ocean and now he had it and he was pleased with himself."

"...I imagined they slept in a pile the way that puppies or kittens sleep, but I slept in the metal caravan the way a sardine would if sardines came canned individually."

Unsettling and slippery, my reading experience was best when I read big chunks at a time because I was able to settle into Elyria's story a bit better. The few hours I spent reading this unusual and intriguing novel were pleasurable, though it ultimately left me unsatisfied.
Posted by 3goodrats at 10:27 AM

Labels: books, catherine lacey, fiction, nobody is ever missing, reviews