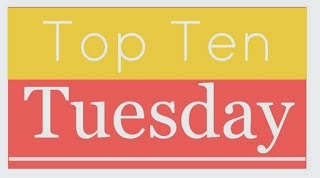 This was actually last week's topic and I missed it, but this week is a freebie so I'm doing it now.

1. The Paying Guests by Sarah Waters
I've been anticipating this book for so long that I'm embarrassed I still haven't read it.

2. It Will End With Us by Sam Savage
Granted, this wasn't released until November and I didn't realize until about a week later that it even existed, but Sam Savage is one of my very favorite authors and WHY WASN'T I NOTIFIED? Anyhow, it's only 150 pages and I could probably read it in a day, but I haven't. Again, WHY?

3. An Untamed State by Roxane Gay
This just sounds really good and I keep looking at it on my list and thinking about how good it probably is and I've even recommended it to my book group a couple of times.

4. Horrorstör by Grady Hendrix
Honestly this wasn't even on my to read list until I impulsively and inexplicably bought a copy while on vacation in St. Louis. But it looks fun and I enjoy both horror novels and IKEA.

5. Station Eleven by Emily St. John Mandel
This was a really hot title of 2014 and it's a post-apocalypse, which I love. I was late even getting on the hold list and then I was stalking the Speed Read copies at my library which were always out, and then my book group picked it for March 2015 so now I have to wait a little longer. But at least it's definitely coming.

7. Even in Paradise by Chelsey Philpot
I've heard great things about this young adult novel and somehow kept passing it by. So I did what I always do in these situations and bought a copy for my friend for Christmas. That makes no kind of sense but I do it all the time.

8. Hand to Mouth: Living in Bootstrap America by Linda Tirado
I heard this author on an episode of On Point and her book went right on my list. It's short and interests me a lot, but somehow keeps falling by the wayside.

9. Dr. Mütter's Marvels by Cristin O'Keefe Aptowicz
I was very excited when I heard about this book, having finally visited the Mütter Museum in 2013 after years of wishing to go. I should have read it when I first heard about it because my enthusiasm waned and it has became yet another nonfiction book to potentially struggle through. However, last week I heard that it was recommended for teens, which gives me hope that it will be engaging and easy to read.

10. Belzhar by Meg Wolitzer
I keep passing this by and I shouldn't - it has references to Sylvia Plath for crying out loud. But also, magical realism. I think I might be allergic to magical realism. But I won't know for sure until I read this, right?

Making this list has been a great reminder about why I wanted to read all these books in the first place. It has also forced me to learn how to type umlauts.

How did you do with 2014 releases? Are there any that you're surprised you still haven't read?
Posted by 3goodrats at 8:30 AM

For my post, I put the top 10 series I never finished, but i really liked your idea. There are so many books i've always meant to read but have never got to.

Horrorstor is one I keep walking by at my bookstore and thinking why didn't I read my copy of it yet! And I got an ARC of Belzhar at BEA last summer but still need to read it. Great list!
Check out my Top 10

You are not allergic to magical realism! You love A.S. King. Did you think those ants were real? Ants don't talk.

I have some unfinished series too, now that I think about it.

I never thought of A.S. King as magical realism, but when you put it that way....maybe she is my one exception?