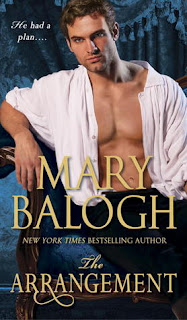 Sophia Fry is a young woman who lives with her aunt, uncle, and cousin and is mostly ignored by them. She thinks of herself as the Mouse, and draws herself that way, in a corner just observing what goes on around her. But one day she takes it upon herself to dress up and go to a ball. Everyone in town is attending but her family doesn't invite her and are surprised when they see her there. Her cousin Henrietta is trying to throw herself in the path of Viscount Darleigh a wealthy man she wants to marry, despite the fact that he is blind. But Sophia sees what is going on and rescues the Viscount, consequently getting thrown out of her house. The Viscount, Vincent, is incredibly grateful and proposes a marriage of convenience: his family will stop harassing him to get married, she won't be living on the streets, and after producing an heir they can live independently, which is what they both want.

Predictably, they fall for each other. Less predictably....there's not much else to it, really. I expected some sort of conflict, but there isn't really one. Technically, the thing getting in their way is their arrangement because they've agreed to part ways and then both realize they don't actually want to. Well, just go ahead and say so.

Don't get me wrong - it's a pleasant enough story and I liked both of the characters. I liked reading about Sophia and the reasons why she has been more of an observer than a participator, and I liked reading about Vincent and how he was blinded in the war and the horrible time he had getting used to it afterward. Together, they work to make the grounds of his estate more conducive to his independence so he doesn't always have to rely on another person helping him around.

The only thing I actually didn't like was near the end when Vincent confronts a guy who damaged Sophie's self-esteem when she was very young. Vincent takes it upon himself to beat the guy up, which is a stupid display of manliness that doesn't to anything to remedy the situation (the damage was done long ago.) But he does this without Sophie's permission, which I think is shitty. Especially since during the confrontation he tells the guy how much his words and actions had hurt Sophie. So, okay, you're revealing her innermost hurt to someone she dislikes and mistrusts in order to justify beating him up so you'll feel better. Got it. I really, really can't stand when men feel a need to defend women as though we are weak and need defending, and without being asked, or even consulting us. However, Sophie wasn't terribly upset and in fact I think she was touched that Vincent cared enough about her to face this guy. So I guess I'm okay with it on her behalf even though I personally find it icky.

I liked the first book in this series much better, though the writing and characters were just as compelling. It was just the plot (and that one annoying bit that got my feminist hackles up) that I wasn't terribly impressed by. And I do really like the whole conception of this series - a group of close-knit friends who all survived a war but with disabilities - so I may revisit it someday and try out the next book.
Posted by 3goodrats at 9:24 PM