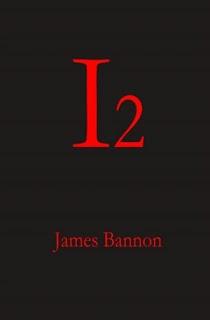 Dr. Edward Frame is hard at work on a bio-software program that can upload and store a person's memories when he learns that he has terminal cancer. He turns to his coworker Samantha, with whom he has been having an affair, and they hatch a plan to store his memories and download them into a baby she will have, giving him a second chance at life. But all does not go according to plan, and when Edward awakes in his new infant form he realizes that his mother is not Samantha, but Clara - his wife. Even worse, Clara is now married to a former colleague of Edward's, who is ruining their business. Trapped in the body of a child, Edward (now called Adam) struggles to reconcile the person he once was with this new person, leading him towards self-destructive behavior as he continues to put together the pieces of what happened to Samantha and how he can ever rectify his situation.

The narrative style at times reminded me of Frankenstein. It's told in first person but far in the future with that same ominous tone we heard from Dr. Frankenstein as he waited for his monster to catch up to him. Sometimes it reminded me of The Time Traveler's Wife, I think because Edward Frame was trapped so helplessly in a body that wasn't cooperating with him. (Can you imagine having all your thoughts and memories but being a toddler to the rest of the world?)

Bannon doesn't shy away from the more uncomfortable or brutal aspects of this story, and I have no doubt this novel would have been edited into submissiveness had it not been self-published. Speaking of which, had I not known it was self-published I wouldn't have guessed - this is a well put-together and polished work.

Dark and strange, this novel has gotten very little attention aside from a starred review in Kirkus which characterized it as "mind-blowing." It's certainly different from anything I've read before, but I found it satisfying from beginning to end - a pretty quick trip since it was so hard to put down.
Posted by 3goodrats at 7:53 PM