A Working Theory of Love

A Working Theory of Love by Scott Hutchins (2012) 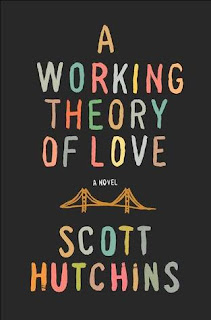 After the breakup of his marriage, Neill has gotten back into the dating scene and thrown himself into his work at an artificial intelligence company called Amiante Systems. Ten years earlier, Neill's father committed suicide, leaving behind extensive journals which are now being fed into a computer. The company is essentially rebuilding Neill's father's personality. Neill spends his time in conversations with the computer Dr. Bassett, and these conversations become more and more real, dredging up long-buried secrets from Neill's childhood. Meanwhile, Neill has begun dating a younger woman who is involved with a New Age-y sex cult called Pure Encounters.

The greatest strengths of the novel were its unusual premise and the development of that aspect of the story. I couldn't tear myself from the conversations between Neill and Dr. Bassett, interactions that really dug at the heart of the book. There is clearly unfinished business between Neill and his father and having those issues dealt with after one of them is dead was rather fascinating.

Less interesting were Neill's interpersonal relationships and his dealings with the Pure Encounters cult and its members. It was difficult to care who, if anyone, he ended up with. Though the novel was told in the first person, I didn't feel close to the narrator. He seemed fairly emotionless, though certainly managed to upset a lot of people around him. All this is not to say that he doesn't seem real - he does. He's cynical and frustrated and has a sense of humor that I really appreciate, though I would have like more of it. His wry observations and self-deprecation kept me going during the parts of the story in which I was less interested.

It's strange that a book about love and feelings retains such emotional distance, and I'm not certain if it was intentional or not. I read an advanced reader's copy, and the publisher's message called it an "astonishing debut." It's good for a first novel, and a great premise for a story, but it didn't astonish me in any way. I probably appreciated it more than I liked it. This won't be super popular, but Hutchins clearly has talent and I'll keep an eye out for his next book. I'm especially curious if it will also have a scifi theme or if it will be more conventional literary fiction. I suppose we'll just have to wait and see.

I received A Working Theory of Love courtesy of Penguin Books. It will be published in October.
Posted by 3goodrats at 9:17 AM