This knitting update is long overdue. The knitting is slow and steady.

First, lo those many weeks ago, I finished the lower body of the Humboldt Raglan. Then I began a sleeve. 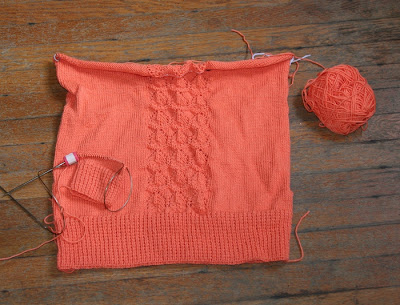 When I looked at the amount of yarn I had used and the amount I had left, I became afraid that I wouldn't have enough to finish the sweater. So I did what anyone would do.

I shoved it in a bag and pulled out my other sweater project. I knit a sleeve. 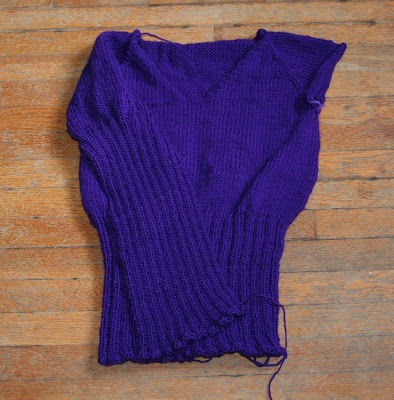 This one is made by picking up stitches at the armhole and continuing that way so you don't have to sew it on later. The sleeve itself will be seamed though. Last time I made this sweater I knit the sleeves in the round because that's easier but I don't know how I accomplished it. I don't have the right size needles in the correct length for magic loop, but I don't think I have the right double-pointeds either. It's a mystery. But this sweater is too hot to even think about right now.

I also finished my first Openwork Rib Sock and began the second. 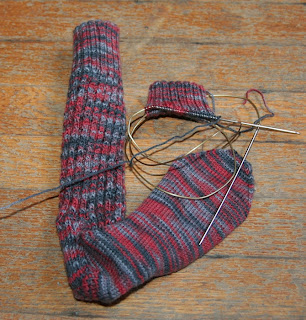 This goes pretty quickly on the bus, but when I get to the parts where I need to look at instructions (like for turning the heel) I tend to set it aside for a while rather than just doing it and moving on. Hopefully I won't do that with the second sock because I'd really like to finish them and start another pair.

I haven't touched my shawl. I need to work on that soon.
Posted by 3goodrats at 3:46 PM