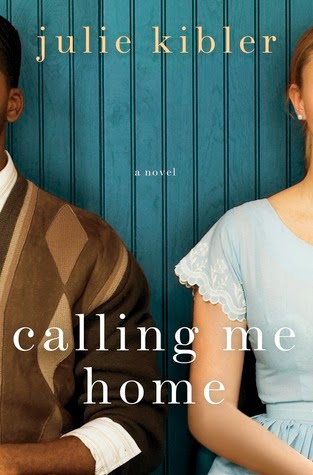 Isabelle McAllister has found herself getting friendly with her hairdresser, Dorrie, and now that friendship may be tested when she asks for a giant favor. Dorrie doesn't know why the elderly white lady suddenly needs to drive from Texas to Ohio, but she's sure there must be a good reason and agrees to help. On the long car ride, Isabelle tells Dorrie a long painful story from her youth. Isabelle's story, which begins in 1939, is interspersed with the present-day road trip and Dorrie's personal struggles as a single mother with a kid in trouble and a new boyfriend she's afraid to let herself fall for.

Does this strike you as a cross between Driving Miss Daisy and The Help? Me too. It's actually not a bad idea for a story, but it could have been executed better. There are a lot of coincidences, and neat tying-up of various threads. None of the characters felt real, but much of the story sounded like I had heard it before. It was all a bit trite and predictable. I grew particularly weary of Dorrie referring to Isabelle as "Miss Isabelle." Do people actually do that? It sounded fake to me, but I know little about the South and I hear that things are different there.

Isabelle's back story was about a forbidden relationship with a black man, so the whole novel was infused with racial issues. It made sense in the story from Isabelle's youth, but I found some of the current story hard to swallow. I mean, I know we have serious racial issues even now, but when Dorrie made a comment about staying in a hotel overnight with Isabelle, she asked herself "How many people have spent the night with someone of another race?" I thought "Probably a lot of people, actually. You don't get out much, do you, Dorrie?" Again, maybe things are different in Texas.

Dorrie could have been an interesting character. A single mother who owned a business and was starting to date a guy who seemed fairly perfect (long overdue for her!) should have been a strong character. But I felt myself getting annoyed at her constant insistence that she didn't deserve this guy, and the way she kept calling her son "dumb" and saying she wanted to "wring his neck." I'm fine with characters being imperfect, but she seemed less like a person than just a collection of characteristics all slapped together.

This book was chosen for my book group and though it wasn't a book I would have picked out myself, I thought it sounded like a good enough story. I didn't dislike it as I was reading it, and in fact looked forward to seeing how the story unfolded. But when I finished, I was more than ready to move on and I don't think it's a book I'll remember or recommend.
Posted by 3goodrats at 6:13 PM