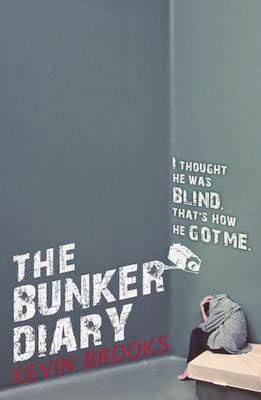 Linus thought he was just helping out a blind man, but as soon as his back was turned he was chloroformed and brought to a basement prison. Others soon followed. They were clearly underground, with only an elevator moving between them and their captor. They didn't know why they were taken, or by whom, or if they'd ever be able to escape. Linus passed the time by writing the story of their lives in the bunker.

The second prisoner to arrive was a 9-year-old girl named Jenny, followed by a drug addict named Fred. Next came Anja and William, both professional business people, and finally Russell, an older man who was a well-known physicist. There didn't seem to be a pattern, nothing they had in common. They began to think their captor just got gruesome pleasure about of watching them and torturing them.

The ways in which the captor tortured them were creative and rather thought-provoking. Like, he made them request food and other supplies before he would send them down on the elevator, but although he gave them food he wouldn't give them books, so they were stuck with nothing to do all day. The captivity was clearly planned, which is obvious from the way the bunker was set up. There were cameras everywhere, and when the inmates tried to tamper with them, they were gassed. The captor also messed with their sense of time to disorient them. So although he (mostly) didn't inflict direct violence on them, he made their captivity extremely difficult to endure.

The Bunker Diary was just released in the US but has already won a Carnegie medal in the UK. The Goodreads reviews are all over the place; it's apparently a very polarizing book. The negative criticism mostly surrounds the violence and bleakness, but I find that unfair. I think you have to evaluate a book for what it is, not for what you want it to be. I mean, it's a book about people being held captive and tortured. What did these reviewers expect?

The story maybe didn't go the way I wanted it to, but it was quite effective in evoking feelings of fear and helplessness, and did a great job of getting inside the main character's head. A couple of the characters were less well-developed than the rest, but considering how short and spare the novel was, I felt like I had a good picture of most of them. Most importantly, it was a total page-turner that I couldn't put down.

If you're up for an unusual book with a lot of tension, and aren't easily upset by the horrors that people can inflict upon one another, you may want to check this out.
Posted by 3goodrats at 7:56 AM