Bonk: The Curious Coupling of Science and Sex by Mary Roach (2008) 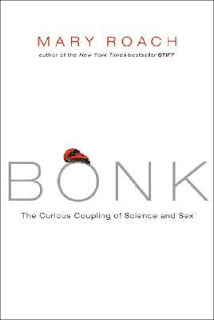 I had grabbed copies of two of Mary Roach's books over the holidays because I wasn't sure which one I wanted to read. After finishing Stiff, I figured I might as well read Bonk too, while I had it out.

Because of the sensitive nature of sex studies, Roach wasn't always able to observe them, so in a couple of cases she took part herself. Brave woman, that Mary Roach. In one case she and her husband had sex while a researcher stood over them, passing an ultrasound wand over Roach's belly to capture what was going on inside. It all sounds terribly awkward and embarrassing (not to mention unsexy), so it just goes to show you how dedicated a writer she is.

As with Roach's other books I learned a lot, but I think my favorite part of this book was an illustration of a rat in pants with the caption "The underpant worn by the rat." It was included as part of a study in which a Dr. Ahmed Shafik found that rats wearing polyester pants had less sex than rats wearing pants made out of other fabrics. You may be asking yourself how rats have sex at all if they're wearing pants, but luckily the internet has answers. It seems that the pants had holes in strategic areas to allow for sexytimes. Anyhow, I just really liked the illustration.

Although I enjoyed Bonk, I didn't like it as much as Stiff, and I think it's because it was so research-focused. It was interesting to learn about sex research - the things we've learned and how we learned them - but I found Stiff more fun because it wasn't restricted to research. Still, if you want to learn more about sex research this is probably a great place to start. Roach's conversational, humorous style makes easy reading for those of us who sometimes struggle with nonfiction.

Bonk fulfills the "white cover" square of Winter Bingo. I now have two rows with two checked off in each, and one maddeningly close to finishing if only I would read something that is a friend's favorite. 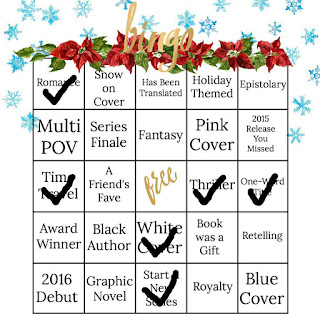 Feel free to read Childhood's End by Arthur C Clarke if you want that "friend's favorite" square. :-) I know you're not big on sci-fi but I do love this author.

I'll keep that in mind! Thanks for the suggestion :)