Did You Ever Have a Family 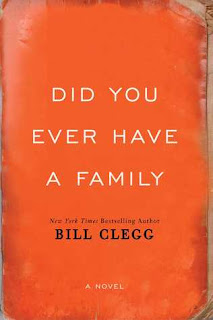 The night before her daughter's wedding, June Reid's house burned down, killing her boyfriend, ex-husband, daughter and her daughter's fiancé. June alone survived. Soon after, she up and left town without telling anyone where she was going. The story is told from many points of view of people connected in some way to June and her unfortunate family members.

This book has gotten a lot of praise, from reviewers as well as a couple of my coworkers, but I was underwhelmed. It's fine, but doesn't pack the emotional punch I expected.

This is partly due to the constant shifting of narrators. Way too many characters narrating a 300-page book means that each only gets a bit of real estate so I didn't feel like I got to know any of them very well. It was also hard to keep track of them; I spent the first few pages of a chapter trying to figure out who the person was and how they related to the story, and then when they popped up again 50 pages later I had to remind myself who they even were. It's not so much that I don't like that method of storytelling - it's really not that different than, say, Kitchens of the Great Midwest.  It's that the main story is one that should be incredibly heartbreaking, yet telling the story this way keeps it emotionally distant.

The novel begins with the house fire so you know right off the bat what happened and who was killed. We know that the fire was caused by an old stove, and there's more to the story than that but it's honestly not that interesting. This all means that there was not much of a plot and no real tension.

The whole time it just felt like the author was just dancing around the edge of the story without actually delving into it. He robs us of good character development by skipping around between too many characters we only get a taste of, surprise because we learn all the important stuff up front, forward momentum because nothing much happens. I can't figure out what the point of this book even is. I know other people have found this story incredibly sad but I just can't because I felt like I was being held at arm's length the whole time and not allowed to actually get into it.

I almost put the book down a few times, but was determined to see it through because I wanted to know why it's held in such high regard. Not that it was difficult to read - don't get me wrong. It wasn't a book I had to force myself through - it wasn't unpleasant to read - but I picked it up each time not because I was dying to read it, but because I felt like reading and that's what I was reading at the time and it wasn't bad.

I've felt like this before about books that are critically-acclaimed and literary and I feel like maybe they're so focused on being literary and writing in a particular style that there's no room for the good stuff like emotion and plot.

On the bright side, one of my Winter Bingo squares is Multi POV and this was definitely told from multiple points of view. 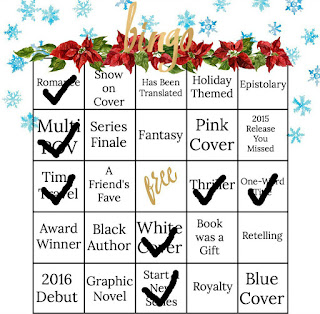 Labels: bill clegg, books, did you ever have a family, fiction, reviews, winter bingo