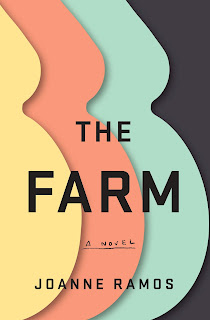 Jane is a young divorced Filipina mother bouncing from job to job until her cousin Ate finds an unusual opportunity for her. She'll go to a fancy resort-like place called Golden Oaks and be a surrogate mother. The only catch is that she can't see her family, including her daughter, while she's at the heavily controlled and monitored facility. Jane leaves Amalia with Ate and checks into Golden Oaks, embryo safely implanted and cooking away. It's a luxurious place, but of course there's a lot the highly-paid Hosts don't know and Jane struggles with being away from her daughter for so long without even a visit.

The girls all get paid for being there and then will receive bonuses when they deliver, the amounts dependent on the wealth of the clients. Not every woman knows who their client is, but it becomes known that one of the girls will be receiving a life-changing billion dollars upon delivery. The Hosts are speculating about their potentially changed life circumstances, but also trying to get through each day, pushing the limits at Golden Oaks and trying not to get caught breaking the rules.

When I first read about this book I thought it was going to be some Handmaid's Tale-style dystopia, but that's not it at all. This is something that could easily exist already - a very special residential home for surrogate mothers to the extremely wealthy. Run by the ambitious Mae Yu, Hosts sign strict contracts and although they're very well taken care of, their lives are also quite restricted and regimented. If they don't abide by all the rules, they are punished however Mae Yu sees fit.

Mae isn't a villain though. She's a young woman focused on her career and her impending marriage, who just wants to build more business for Golden Oaks. Her job means balancing some pretty strong personalities and entitled people. She lies to the young Hosts carrying the babies, but she's not a monster, just a little ethically questionable.

Jane is a high school dropout who has made some bad decisions, including marrying Amalia's father, but she wants to make a better life for herself and her daughter. She's not very assertive and is easily influenced by others, like her new friends Reagan and Lisa at Golden Oaks.

I picked this up on a whim and liked it, although it somehow lacks momentum. There wasn't a mystery I was dying to have solved or a situation I was nervous about the resolution of. I did want to know how Jane fared in the end but there wasn't something compelling really pulling me through. Still, I obviously kept with it and that's because I didn't know what was coming and wanted to find out, and I found it interesting to spend time with Jane, Reagan, Mae, and Ate. I liked reading it, but there were no real surprises.
Posted by 3goodrats at 9:04 AM