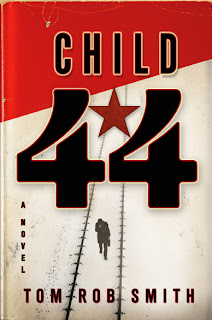 In Soviet Russia everyone is equal and they all love their leader, Stalin. Crime is a Western phenomenon and it's of the utmost importance to keep out these dangerous influences. Everyone must be vigilant and report those whose loyalty to the Soviet state appears to be wavering.

When a young boy is found murdered and disemboweled near a set of train tracks, it is a closed case. Clearly he was playing too close to the tracks and was struck. A tragedy, but not murder. As other children die similar deaths, the State's position is that it must be the work of a lunatic, or perhaps a homosexual, definitely some sort of deviant.

Leo Demidov, a war hero who works in the State Security Force and has always been loyal to Soviet Russia, begins to notice the pattern in the murders and question the position taken by the government. He starts to see how he has been blinded by his ideals, and sets out to find the serial killer, risking his own life and the lives of everyone close to him in the pursuit of justice.

The fast-paced action did not come at the expense of well-developed characters, as in so many thrillers. Here the players were fleshed out well, and the dynamics of Leo and Raisa's marriage were sadly realistic. Tension was palpable throughout the novel, in this society where everyone feared being singled out; it was imperative to always say the right things, and even then there is still a danger. All it takes is one bad word - or just a question - from a neighbor being tortured or trying to deflect attention and you are doomed. It was like reading a dystopian novel except that this world actually existed.

The circumstances surrounding the murders of the children were simply chilling, and the visuals have unfortunately stuck with me. The setting was perfect for this story and it all came together in an exciting climax. It was a fantastic novel, and the great news is that there are follow-ups. The second book is The Secret Speech, and Agent 6 was just released last month. So go get 'em!
Posted by 3goodrats at 9:24 PM