This is a little late because yesterday was my birthday and I couldn't bring myself to do anything I didn't absolutely want to do. 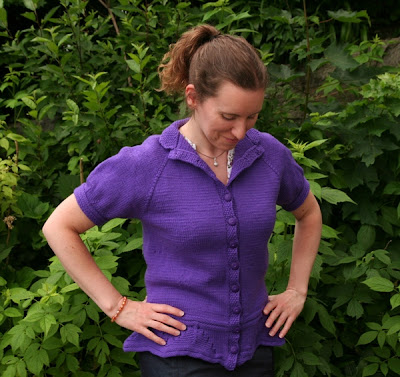 I added some length before starting the peplum because I don't like cropped tops very much. Although it looks ok in the pictures I took, it became apparent that there's a reason why peplum tops are always so short. This sweater just looked weird. I've never worn it. But every fall, I pull it out with my other sweaters and every spring I wash it and pack it away again. This time, however, I decided to buck up and fix the damn thing.

Even though the sweater is top down, there's still a bit of difficulty in that the button bands - and buttons - were added after. So yesterday I sat down and removed all 11 buttons and undid the button bands. I can do this less painfully now that so much time has passed since I had to pick up all those stitches and sew on all those buttons. 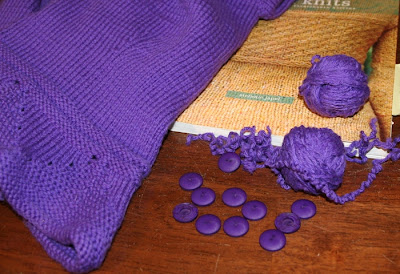 Today I pulled out the peplum, more difficult than it should have been since I couldn't find the stupid end of yarn and so started in a mid-peplum spot where I had switched yarn skeins. 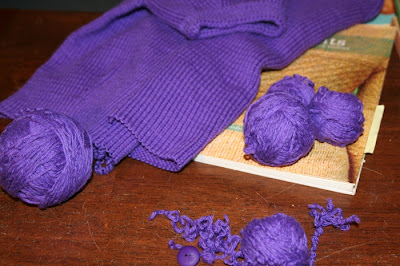 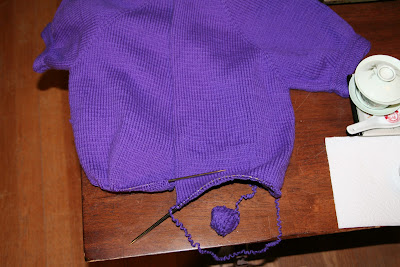 What courage you have! I can't wait to read about this adventure.