The Flight of Gemma Hardy

The Flight of Gemma Hardy by Margot Livesey (2012) 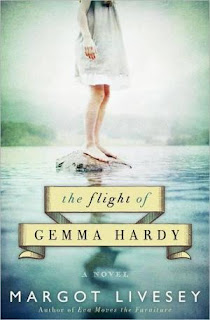 Born in Iceland, Gemma was orphaned when she was only a couple of years old and taken away to Scotland to live with her kind uncle and his less kind wife. Several years later her uncle dies, leaving her to be mistreated and marginalized by her aunt and cousins. Gemma hopes to improve her situation by enrolling in a boarding school, but there she is treated like a servant. She continues to feel unloved and adrift, moving from one situation to another, trying to escape each new predicament.

Gemma barely knows who she is, nor can she remember anything about her first home, Iceland. Gemma isn't even her real, Icelandic, name. Impulsive and secretive, she makes each situation worse than it needs to be, but she doesn't know better. Because of all the uncertainties in her life, she is very protective of herself. It is frustrating to watch, but understandable.

When she learns something shocking about the man she is involved with, I thought her reaction was way out of proportion to his secret. Was this reaction just contrived to further the plot? Or did I just underestimate the Gemma's sensitivity? It threw me off a little, but not for long because the novel is just so compelling.

I found the story delightfully unpredictable, just like Gemma herself, the language rich, and the personalities wonderfully varied and nuanced. Though the novel takes place several decades ago, it has the air of a more bygone era somehow. Perhaps because rural places such as the Orkney Islands always feel a little bit left behind. The settings - Iceland and Scotland - and the trope of the unjustly treated young girl in boarding school drew me to the novel and I wasn't disappointed one bit. I became quite engrossed in watching Gemma grow into herself, rooting for her all along to find a family and  finally stop running.
Posted by 3goodrats at 1:21 PM