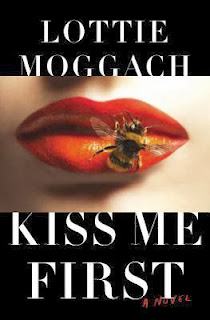 A young, socially isolated woman named Leila had been spending some time on a web forum called Red Pill when she was approached with a very unusual offer. It seems that a woman named Tess wanted to commit suicide, but without hurting her friends and loved ones. The proposition was for Leila to impersonate Tess online after her death so that everyone who knew her thought she had just moved away but was still alive.

Leila was very sheltered, having just spent a few years taking care of her mother who was dying from MS. She had no network of friends or family in her life, and keep herself encapsulated in a pretty narrow world in which she worked from home testing software and spent her free time playing World of Warcraft. Tess, on the other hand, was a free spirit who had many friends and romantic relationships. She had experienced many things Leila had not and was a very different person. Leila now had to get to know Tess in a way that it is rare to know another person. She had access to all Tess's accounts - email, Facebook, everything. And for a while, she also had Tess to ask questions about her life and people she would eventually need to communicate with. But then Tess was gone and Leila was on her own. Lines began to blur, and questions arose that she could not answer.

This is a fascinating premise for a novel, and because the emphasis on social networking is sure to become dated I wanted to read it right away. I quickly became captivated by this story and read it in just a couple of days.

It's rather a light read, quickly-paced and without a lot of description or introspection. Perhaps it could have used a bit more, but I think it's just not that kind of book. (Plus, that would have made it longer and maybe I wouldn't have read it then. It's a delicate balance.) It's more about this idea of sustaining a life solely online and being able to impersonate someone else. As you can imagine, this is not a good plan. The story moved back and forth from present day - in which Leila is at a commune in Spain, trying to find out what happened to Tess - to the beginning of her strange journey, and then the two parts of the story meet in the middle in a climax that wasn't especially, climactic. But that is not the point here. (Which makes me question this structure. However, I always question this structure - can't a book be linear anymore?)

Leila was fascinating. She was young, and naive in many ways - she had never so much as been kissed, understandable since she had spent so much time taking care of her sick mother. Socially withdrawn, she had no real friends and spent most of her time online. She's very smart, and enjoyed Red Pill for its philosophical discussions. She was interested in ethics, and was very logical and rational, which was partly why she agreed to this project. She felt strongly that a person should be able to decide if they wanted to die, and that is more important than the feelings of others. The first-person narrative style is very straightforward, with little emotion. Indeed, Leila is more of a thinker than a feeler.

I also loved her relationship with her eventual roommate Jonty. He was pretty much the opposite of what she was looking for (apparently he was hungover when he came to see about the room and she took his silence for a sign of reservedness and, therefore, compatibility). Jonty exuberantly explored the neighborhood, tried to draw Leila into his life, and was very sweet and good-natured.

Kiss Me First is very straightforward, and does not pretend to be literary (which I don't mean in a bad way - I really enjoy books that don't get all self-important) but was a lot of fun. Fast-paced, compelling, and original, I found a lot here to think about. I very much enjoyed every page of this debut novel, and I hope there is more to come from this promising young writer.
Posted by 3goodrats at 9:00 AM

I really appreciate your reviews. They're just what a review should be: personal without being self-involved and informative without being overly revealing. Thank you!

You're welcome! Thank you for reading and commenting.

It is great to know that you enjoyed this as much as I did. It is such a shame that it will feel dated in a few years - we'll have to persuade as many people as possible to give it a try soon!

That's exactly why I chose it for my book group - I didn't want to wait!