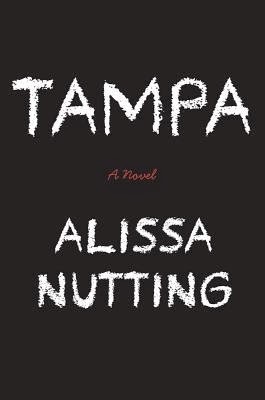 A few months ago I tried reading this controversial novel about a female sexual predator and couldn't get past the awkward writing. I was intrigued by this story of a teacher who wants only to have sex with 14-year-old boys - I love a good taboo-centered novel - but struggled through the first two chapters. I could let go the "caffeinated ponytail," but when a character had a "face the color of sunburned meat" I couldn't help but wonder if this was referring to raw or cooked meat and if, in fact, meat could sunburn. I think this is when I put the book down.

I continued to read reviews though, and savored every moralizing word about this degenerate woman and the poor boys she victimized. Then I talked to a friend who casually opined that these boys weren't victims at all, and in fact knew exactly what they were doing and were more than happy to have sex with their teacher. That did it. Last weekend I downloaded the audiobook and binge-listened for the long weekend. Knowing how graphic this novel is, I was dubious about the format, but it proved to be exactly what I needed to get through this guilty pleasure of a train wreck.

Before I go on, I should mention that in my previous failed attempt at this book, the writing wasn't all bad. Nutting uses some good imagery, for instance: "Youths walking home screamed jungle cries and sprinted past one another like feral carnivores, running together toward some invisible, felled big-game carcass just outside the boundaries of school property." Somehow the negative bits outweighed the good parts of her writing enough to be distracting, but this wasn't true with the audio. I think the narrator provided a better voice for Celeste than the one in my head and because I'm not the best listener ever I didn't notice the parts of her writing I found lacking in print.

So, here's the deal. Celeste Price wants only one thing - to have sex with 14-year-old boys. She has meticulously planned her life to achieve this goal. She married someone she doesn't care about, just for his money and security while she became qualified to teach. Now she has a nice private classroom of her own and just needs to carefully choose the right boy and soon zeroes in on Jack Patrick, just the sort of attractive quiet boy who will go along with her plan and not tell anyone. They enter into an affair, and...we all know this cannot end well.

What surprised me the most about this book - and I may incriminate myself by even saying this - is how sexy it was. There was a whole lot of graphic sex and it was written in a fairly enticing way. This does make sense, I suppose, since it's from Celeste's point of view, but it was quite unexpected. And I agree with my friend - Jack, and later Boyd, knew what they were doing. They wanted to have sex with Celeste. I mean, think about it - teenagers have sex all the time and while they're not always making the best choices, they are still doing it of their own free will. Give them some credit for their actions.

At the same time, Celeste was a predator, and she was cold-hearted. What she felt for these boys was simply lust and she knew it would disappear as they aged. She did not care if they became emotionally attached, focusing only on how she'd get herself out of the relationship when the time came. Celeste also cared little for her husband, who she married for his money and the accompanying security. She felt no remorse for the hurt she caused people, and seemed to feel that the laws about sex with minors were unjust. The closest thing she had to a friend (aside from her boy toys) was a teacher who she actually seemed pretty repulsed by. In summary, Celeste is not a pleasant person.

The reviews of this book on Amazon are all over the map, a hefty portion of them seeming to condemn the content in a way suggesting the reviewers need to be reminded of the definition of fiction. No teenage boys were actually touched in the making of this book. I actually wonder why people so offended by the topic would even pick it up to read it - did they really have no idea what it was about? It's also not the first book touching upon this particular theme; there was, of course, Nabokov's Lolita, and I seem to remember some of Anais Nin's short stories that veered a bit towards eroticizing children. Perhaps the more morally outraged are not familiar with these earlier works, which could explain their shock.

As for me, I was not repulsed or disturbed or even especially uncomfortable. But I am not easily offended or unnerved by fiction. I'm all about taboo, as evidenced by my consumption of books like Forbidden, and I'm happy that this one actually was much better story-wise. I feared that Tampa would also veer into an over-the-top ending, but just when that seemed destined to happen, it came to a fairly satisfying and realistic close.

Ultimately, I have only a couple of criticisms. One was Celeste's friendship with the other teacher. Celeste clearly didn't like her, but went out of her way to save the other woman's job when the principal (unrealistically) confided to Celeste that it was in jeopardy. Also, even the most naive 14-year-old boy isn't going to assume that because he's sleeping with someone it means they will get married. Not in this day and age.

Nutting had to know the sort of criticism and controversy this book would stir up, so I think publishing it at all was pretty gutsy. I like an author not afraid to take risks, and I'll consider reading her work again.
Posted by 3goodrats at 8:39 PM

I'm glad you managed to enjoy this one in the end. I'm surprised that the audio format worked - I somehow can't imagine listening to graphic descriptions - but perhaps that is just because I'd be too worried others would overhear!
I never had a problem with the writing. I agree it wasn't outstanding, but it isn't the sort of book I'd expect that from and so I am quite tolerant of any small problems. I just liked the way this book confronted many of our society's stereotypes.

I don't know what made me try the audio, because I felt the same way about listening to graphic descriptions. That's also part of the reason I listened over the weekend rather than on my daily bus commute - even though I know other people can't hear what I'm listening to, I remain a bit paranoid :)