The textured pattern of the Feathernest Raglan is made up knits and purls and not, as I had thought from looking at the photos, a lace pattern. That was a relief.

But when I started knitting it, I realized that it was going to be more confusing than I had thought. The sweater is knit from the top down, so after knitting the neck the stitches are all marked off for the front, back, and both sleeves. Increases happen at the beginning and end of each section. The ones at the end are easy, but I had to mark the beginning of each of the pattern repeats and count back to figure out what those stitches should be. For instance, I would count the number of stitches before my marker and say "Now I have five stitches, so what are the last five stitches of the pattern repeat?" and knit those before reaching my marker and starting the pattern repeat from the beginning. It was fairly confusing at first, but got easier as I went along. 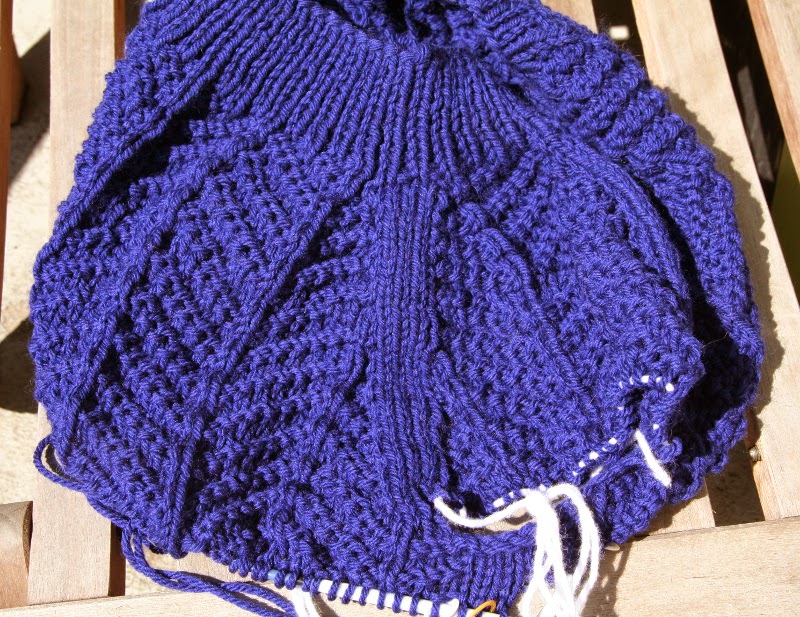 It doesn't seem like I screwed it up noticeably, even though I've been knitting this while watching tv. Now I've finished the increases and separated the sleeves from the body. Several rounds of the body are knit straight before the waist shaping starts and I have to start thinking and counting again.