The Language of Flowers

The Language of Flowers by Vanessa Diffenbaugh (2011) 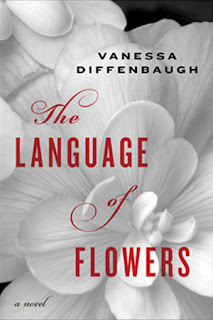 Victoria is aging out of the foster care system, leaving her group home to fend for herself with no money, no job, and seemingly no ambition. Then she happens upon a florist shop and realizes her chance might be in the one area she knows something about: flowers. Her foster mother Elizabeth taught her all about the Victorian language of flowers, in which meanings were attached to different kinds of flowers in order to communicate messages via bouquet. The story moves back and forth between present day and her time living with Elizabeth as a child. The idea, of course, is to build up to whatever event ended Victoria's time living with Elizabeth and took her out of foster care and into group homes for good. (Is it just me, or is every other novel out there written in this back and forth timeline all of a sudden?)

The characters kept coming very close to happiness, then at the last moment would panic and flee. It was maddening. With Victoria it was at least consistent with her personality. She was a hard nut to crack, and didn't learn to love or trust overnight like some Lifetime movie. Her outlook was fatalistic, and she was convinced she was deeply flawed and couldn't redeem herself. I can see why, but at times her irresponsibility was frustrating.

Elizabeth was a bit more difficult to understand, as her background was so unclear at first. We see her as ten-year-old Victoria saw her, only learning slowly about her relationship (or lack thereof) with her sister. Elizabeth appeared completely competent and strict at first, gradually softening into a more loving and pain-filled character as we learn more about her.

I liked Grant a lot, Elizabeth's nephew who Victoria eventually befriends. He works his mother's flower farm, and seems steady, reliable, and compassionate. I don't feel like I know him as well as I'd like to. His relationship with Victoria is complicated and fraught with guilt on both sides. I won't spoil it with too much information, but it was a good example of Victoria's poor handling of relationships.  At the same time, it was understandable given their history. There is much more to say about it, but.....just read the book.

The flowers and their messages were such a clever way to frame the story, and the perfect means of communication between characters who isolated themselves and rather failed at human relationships. Despite the sadness in the story, this was a very satisfying piece of domestic fiction. It was a good story well told, with interesting characters, and the lush descriptions of flowers only made it more of a pleasure to read.
Posted by 3goodrats at 9:04 AM