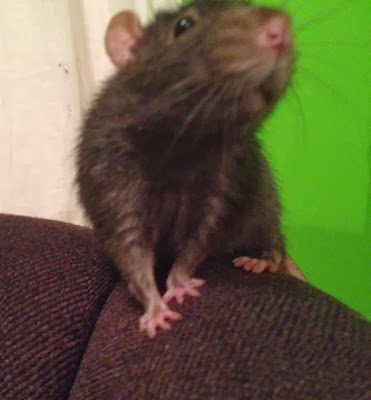 He didn't really like to sit still for photos, but this is the most recent one I have. I took it in August shortly after his brother Biscuit died.

Nibbles had been having some mysterious health issues that we thought was either kidney failure or diabetes, and then he developed some abdominal swelling that was quite alarming. I took him to the vet and, assuming it was a tumor, I left Nibbles there for surgery. I knew there was a possibility that the vet wouldn't be able to remove it, in which case Nibbles would probably just be euthanized. As it turned out, he had some sort of massive abscess on his bladder, and the surgery released some built-up toxins which killed him pretty quickly. Which I suppose is better than having to make the decision to euthanize, and better than having him gradually feel worse and worse.

Here's a less blurry photo of him from last January. 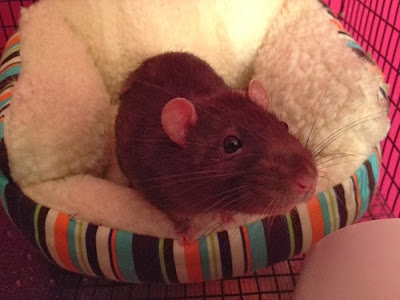 Nibbles was very friendly and social and enjoyed being petted. He also loved people food, from broccoli to potato chips, it was all extremely exciting for him. I really liked having him around. Goodbye, Nibbles!
Posted by 3goodrats at 3:57 PM