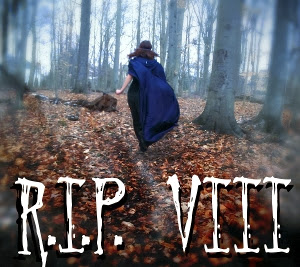 October is over and with it the R.eaders I.mbibing P.eril Challenge. I read the following books for this challenge:

I really liked all of these books a lot. I'm especially happy that I finally read 14, as it's been on my list to read for quite a while now and I think I needed this push to finally prioritize it. It was very unusual and creative and just fantastic. I highly recommend it. Even the Anne Perry book was a particular standout for that series. Her books are comfort reads to me in a way because I always know what to expect, but this one was especially good. The Stephen King book was especially well timed for this challenge, though I would have read it whenever it came out. When Nights Were Cold was also a priority since I had ordered it all the way from the UK. (It's still unavailable in the US, but there are some used copies on Amazon, and I highly recommend it.)

I had hoped to finally read The Woman in White by Wilkie Collins, but although I checked it out of the library and even renewed it at least once, I never quite got to it. I also wanted to read Your House Is On Fire, Your Children All Gone by Stefan Kiesbye which my library was supposed to have available, but I looked all over the place and couldn't find it. Until yesterday, when I was walking past the display of new large print books and spotted it lying there completely out of place. I've read only a few pages so far, but the style reminds me a bit of Shirley Jackson and that is a good thing.

The R.I.P. VIII review site is here if you'd like to read the reviews of other participants, which I recommend. There are almost 500 reviews there now, from somewhere around 200 different blogs.

I don't frequently participate in reading challenges, but I'm glad I took part in this one. It was fun, seasonally appropriate, and has encouraged me to read a couple of books I had been putting off for quite a while. I look forward to participating again next year!
Posted by 3goodrats at 9:50 AM

I love it when reading challenges help inspire me to read books I've been meaning to get to forever! :) Nice to hear you had fun!

I've just bought Dr Sleep and I'm really looking forward to it. I read The Shining for the event so want to continue to book No.2 fairly soon.
The Woman in White is a really good book that I definitely recommend.
Lynn :D