We had about ten minutes of warm sunshine yesterday, which perfectly coincided photographing my finished Geodesic Cardigan. 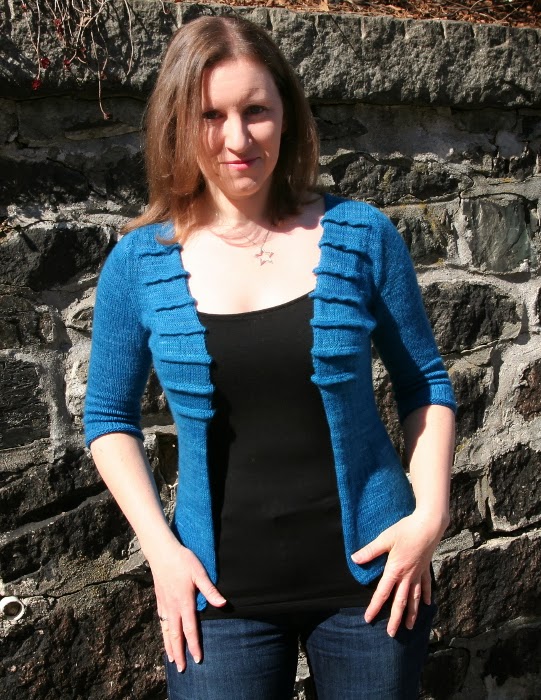 This would have been extremely unpleasant in the 30-degree weather we had been having. 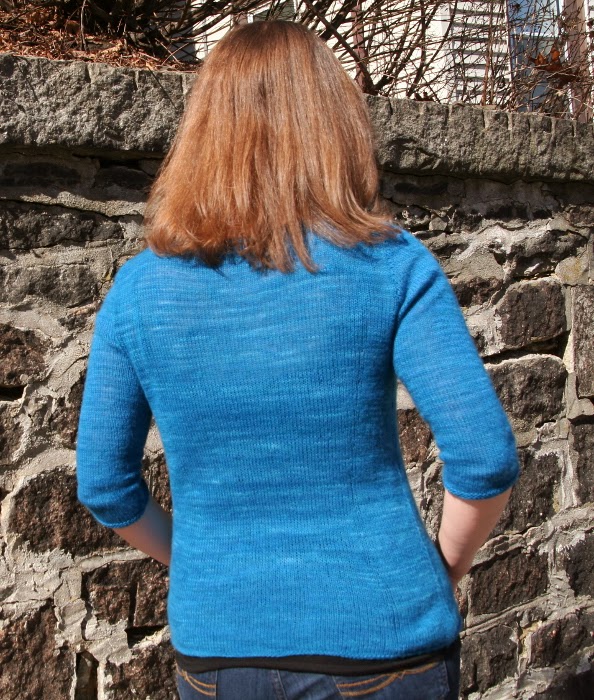 One of my concerns while knitting was that the hem remained flipped up, but I'm happy to see that it seems to be behaving after blocking. 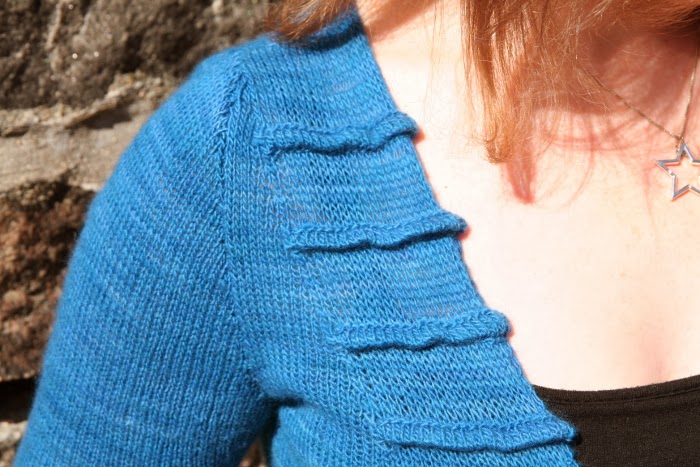 I was also afraid of how the tucks would turn out, because judging from other projects on Ravelry, the results vary widely. Mine aren't perfectly straight or uniform by any means, but they don't stick out awkwardly either.

The color is lovely, isn't it? I hope I can wear it at least a few times before it completely disintegrates, which is exactly what I fear will happen since this yarn is of such poor quality. It was trouble from the start, and then a couple of times while I was knitting, the strand just came apart in my hands. That was pretty unnerving.

Come to think of it, this entire project was fraught with peril. Aside from the yarn troubles, the pattern was very confusing and required simultaneously counting several different things. For someone who enjoys a stiff Manhattan while knitting, that's just asking for trouble. But I didn't make any major mistakes. Nor did I run out of yarn, as I feared through the entire project. There's even a small ball left. (Which I may end up using to fix holes when the yarn begins to disintegrate.)

So, my spring cardigan is done. Do you hear that, spring? That means you can arrive now! 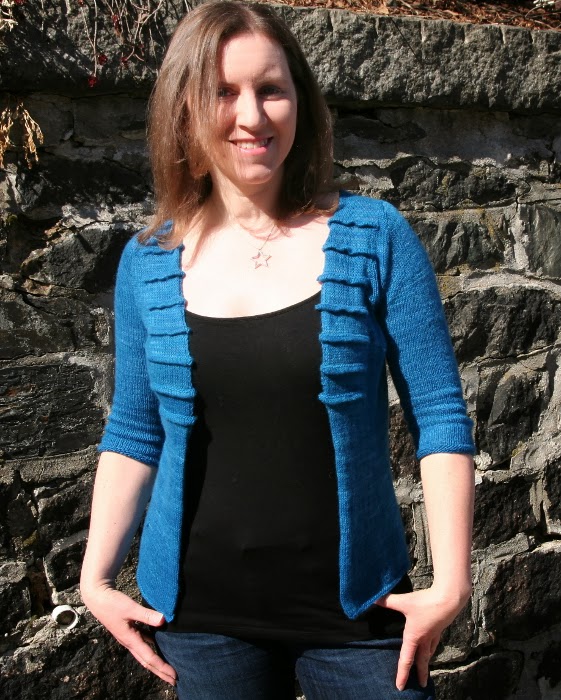