Silhouette of a Sparrow

Silhouette of a Sparrow by Molly Beth Griffin (2012) 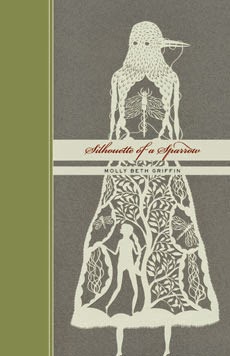 In the summer of 1926, Garnet Richardson is sent to stay at a resort with distant relatives to avoid a polio outbreak at home. She has looked forward to visiting a nearby amusement park and indulging in her interest in ornithology but her guardian, Mrs. Harrington, has very particular ideas about what activities are suitable for a young lady. Garnet already dreads what awaits her in adulthood - marrying and settling down to a dull life as a wife and mother - and she wants to enjoy this last summer of freedom. When she meets a flapper named Isabella, she feels she's finally found someone who understands her, but she must keep her new friendship a secret from her family who certainly wouldn't approve.

Garnet is fascinated by birds, and everywhere she goes she carries papers and scissors to cut out silhouettes of each type of bird she sees. Although she is quite interested in the scientific aspects of birds, this craft is a more acceptable way to express her interest. Each chapter begins with a common and scientific name, along with a little silhouette, of a bird that appears somewhere in the chapter. Frequently, she compares people in her life to different kinds of birds, as though they are the only context through which she can understand the world.

This short book is simple and spare in style, rather breezy, but still conveys the longings Garnet feels for a life she cannot have. She is weighed down by worry over her father, who is not recovering well from his experiences in the war, and the unwanted proposal she is expecting from a boy when she returns from her summer. Her dissatisfaction with her life only intensifies when her friendship with Isabella grows into something more.

I liked that the the expectations Garnet was being held to by her family were not even based on reality. Many books in which young women are forced into a mold portray everyone around them as being perfect and the protagonist is the only one who doesn't fit. Here, Garnet could see just how unrealistic the expectations for her life were. Her father had mental health issues and her favorite aunt lived with a woman presumed to be her romantic partner. Garnet could see that some people around her didn't fit the sort of life that was expected, and I think this is a more truthful way to tell this kind of story.

Silhouette of a Sparrow was a pleasant, quick read and though it probably won't really stick with me - even now my memories of its details are fading - I enjoyed the short time I spent with it.
Posted by 3goodrats at 9:30 AM