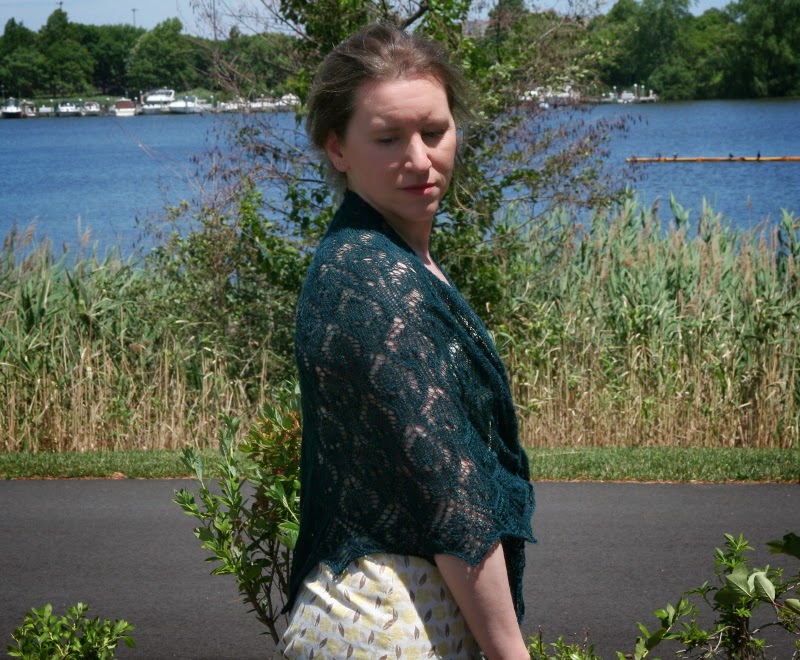 The Fountain Pen Shawl that I've been working on for what seems like forever but has been actually less than two years is finally finished.

Here's the obligatory spread-out shot, though it's a bit dark. 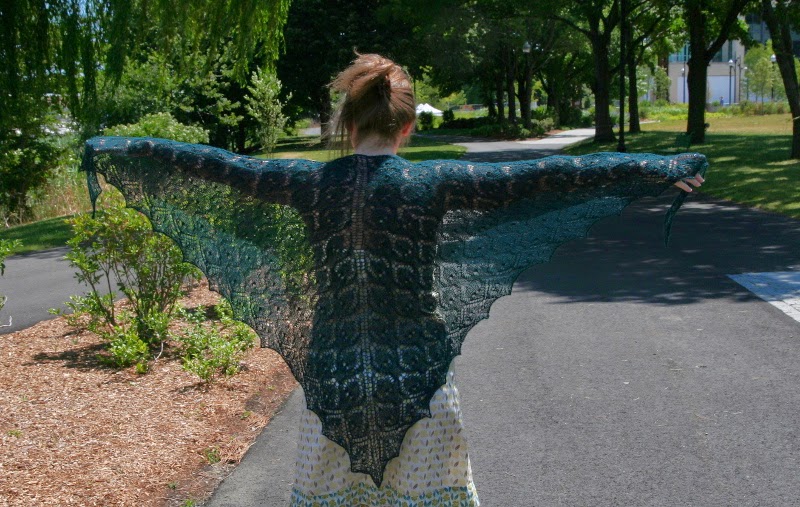 As I may have mentioned when I started this project, I don't actually wear shawls. Or maybe that's because I never owned one. Perhaps I'll take this to work and if the air-conditioning is ever working properly I can use it to take the chill off.

Here it is blocking, spread out in all it's error-ridden glory:

I couldn't even get the whole thing in the shot, it is so big. As you can see, the blocking boards I recently bought from Knitpicks (pretty much with this project in mind) are not adequate and I had to supplement with random mismatched towels. I will likely buy another set of these blocking boards so they will be enough for any future project because they work really well. And because this is lace, it dried in about 10 seconds.

I wish I had taken photos while I was washing it, because the dye in that yarn ran like a motherf****er. I filled the dish pan probably ten times in hopes the water would eventually run clear and it never did. It lightened though and I was feeling guilty for using so much water so I stopped. I wasn't surprised that this happened because the dye also came off on my hands while I knit, which I think is one reason I worked on it so sporadically for the first year or so of the project. So despite the beautiful saturated color of this Silky Alpaca Lace, I will not use it again.

The thing about lace is that you can't see how the pattern is shaping up while you're working on it. Only when it is spread out blocking are your sins revealed. And I am surely going to shawl-knitting hell for this.

I posted an in-progress pic here, and I spread it out enough on a white surface that you can sort of see it shaping up. That's about the point where things somehow went wrong. I mean, what is going on here? 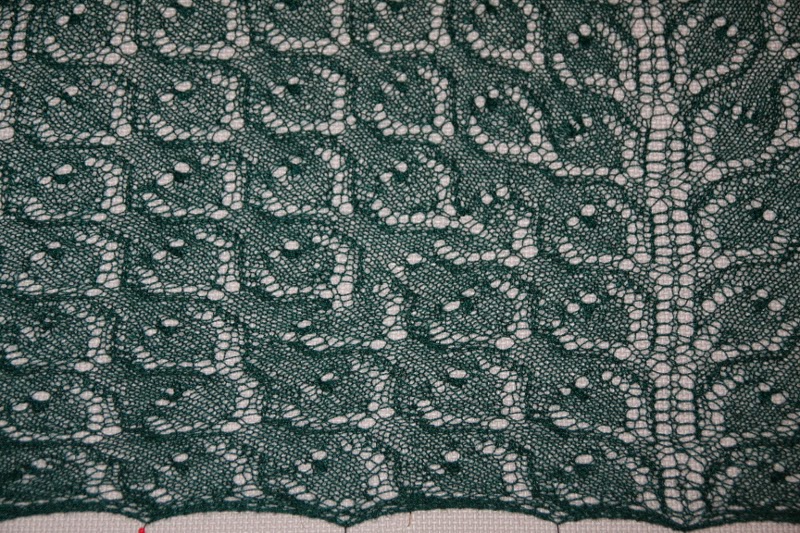 It's like the whole pattern shifted to the left. I assume that was one of those points where things weren't coming out quite right and I had to fudge it. Well, look where it got me.

It also looks in a couple of spots like the center stitch moved, which is not only inexplicable but impossible. I had stitch markers on either side of that stitch throughout the entire project and did not move them. The border is a big hot mess, and I swear to God there were errors in the pattern even though I can't find anyone else on the entire internet who had this problem. But I assure you I can do simple math, and simple math will tell you that when you start with, say, 12 stitches and increase by 3 stitches you do not end up with 13 stitches. That is the sort of thing I encountered all through the last part of this shawl.

Anyhow, none of these errors really matter because it won't be spread out like this again. It looks quite lovely draped around shoulders, and feels soft and silky, and that's really all that's important. 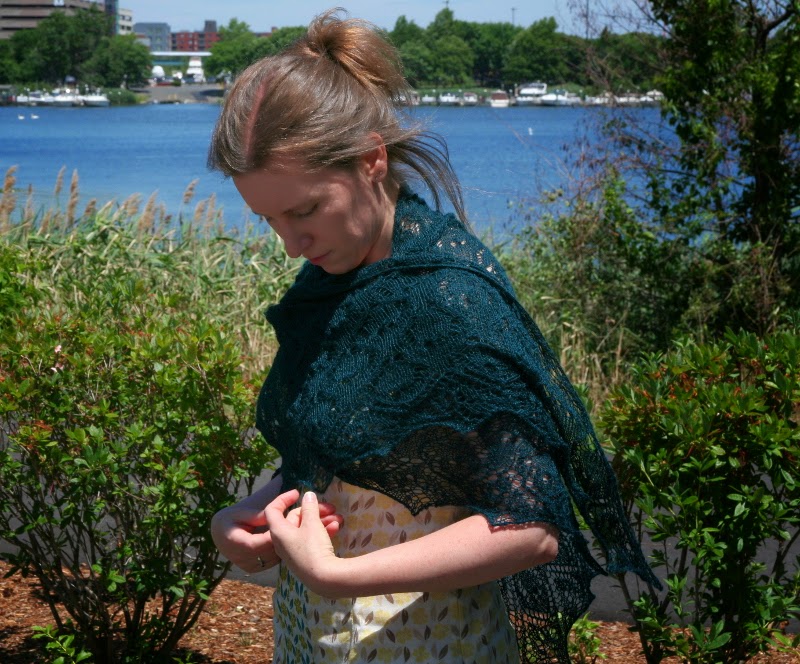