The Burn Journals by Brent Runyon (2004) 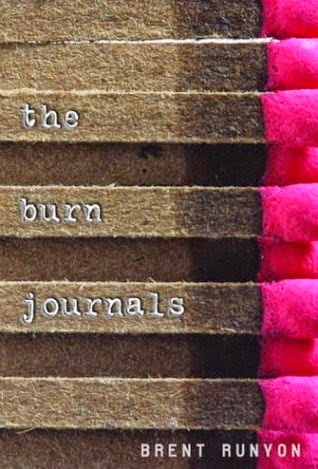 When he was 14, Brent Runyon tried to commit suicide by setting himself on fire. Although he very quickly changed his mind, he was left with third degree burns over 85% of his body. In this memoir, he recounts the year that he spent recovering, from just before it happened until he went back to school.

Mostly it covers what was going on medically, what it was like to be in the hospital, his relationship with the nurses, and that sort of thing. He shares the details of burn care, a painful process that he remembers all too vividly, along with high points such as meeting Magic Johnson and Dennis Miller. Occasionally, Runyon wishes he could go back and make it not happen or he ruminates on whether or not he'll ever have sex, or if anyone will ever love him. But generally, it's not as introspective as if an adult had written it, and I think it is this focus on the more day-to-day aspects of his recovery that makes it so easy to read.

Runyon began writing about his experiences in his 20s, but the memoir is from the perspective of his 14-year-old self and I thought he did a great job of looking back and channeling that voice. He could be judgmental of other kids around him, especially when he was taking the short bus, and called them names just like a 14-year-old would. He could have changed these parts of the story but he didn't, and that helped retain the truth of the story and of who he was. The narrative voice is really what makes the book as good at it is. He sounds honest and real, and comes across as a decent person with a great sense of humor who is dealing with the horrible consequences of a bad mistake that will change his life forever.

Maybe he wasn't the most introspective kid - and who at 14 is? He was forced to see psychologists and hated most of them, and didn't want to talk about his suicide attempt. He says he didn't really understand why he did it and remained focused on getting better and going back to his regular life. The suicide attempt was presented as a poor decision that was an overreaction to things going on in his life rather than the beginning of a lifelong struggle, and I hope that's actually the case.

I visited Runyon's website, which includes a gallery of photos from before and after he set himself on fire, and I was sort of shocked at how young he looks in those hospital photos. His voice doesn't sound like a child, and I definitely remember feeling distinctly un-childlike at that age, but boy he sure looks like a child. I'm sure it's not easy to share so much of oneself with the world, but I really appreciated that I was able to see photos of events that I read about. They made the story all the more real.

I sped through this book in just over a day. I couldn't put it down. Not everything was resolved or tied up neatly (such as his distant relationship with his brother), but of course that's because it's real. I'd love a follow-up to this story because this is a person I would like to know better and, even more, I want to know that he's still doing ok.
Posted by 3goodrats at 6:21 PM