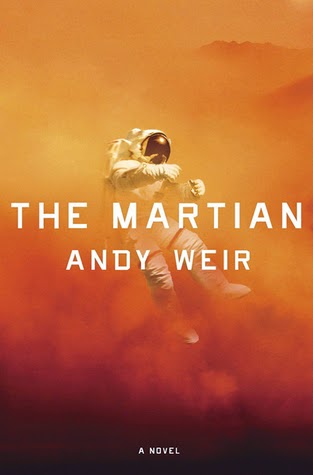 Mark Watney has found himself in an impossible situation. On a trip to Mars, a dust storm separated him from the rest of his team and, thinking he was dead, they left. Now Mark is alone on the planet with no means of communication and no way to survive long enough to be rescued. But he is not just going to give up. This guy has remarkable ingenuity and tenacity, not to mention a healthy sense of humor, and these qualities may possibly give him a chance of survival.

He began by evaluating his situation, and methodically tackling one problem after another. His goal was to stay alive until the next Mars mission in four years. It seemed impossible, but his organized examination of everything that would be needed to survive revealed some solutions that weren't apparent at first. In addition to his expert problem-solving skills, he needed tools, information, and luck. When he failed or his plans backfired, he would reevaluate and find another approach. There was a lot of science and technical talk but, surprisingly, it wasn't as boring as that sort of thing usually is for me. It was explained in a way that I could understand, but it was also integral to a story that I found incredibly suspenseful.

Science fiction - what I've read or tried to read anyhow - doesn't generally have very well-developed characters, which is why I struggle with it even though I find the premises of the stories so compelling. Although we never learn very much about Mark Watney's life before the mission, or his future, we get the full experience of his personality and sense of humor. Relying on his crew mates' leavings for entertainment, he is left with Agatha Christie mysteries, 70s tv shows and, most upsetting to him, disco music. It gives him a whole new view on some of the other astronauts and he makes fun of them relentlessly. His narrative voice is casual and conversational, frequently punctuated with exclamations like "Yay!" and it is this that balances out the technical talk and makes it more palatable.

What struck me the most about this novel is that so much of it is about Mark being faced with incredibly difficult problems and having to solve them. He is very clever and excellent at problem-solving. Doesn't that mean that Andy Weir is also very clever and excellent at problem-solving? I realize it's fiction, which gives him some leeway, but astute science fiction readers pick up on that sort of thing and so far I haven't heard any negative reviews of those aspects of the story.

The Martian was a suspenseful page-turner that I enjoyed the whole way through. I loved reading about the everyday aspects of life on Mars, and I found Mark Watney incredibly appealing, not to mention infinitely patient. One small setback often means days of work, and at times it seemed almost Sisyphean, which is one of many reasons why I am not an astronaut. I keep hearing positive reviews of this book from blogs, podcast, and random people I run into. I read it for book group and I don't think everyone liked it as much as I do so I'm really looking forward to the discussion this weekend to find out what people didn't like about it. As for me, I'll likely be recommending it all over the place. The movie (was there any doubt?) will be out in November.
Posted by 3goodrats at 11:51 AM

I finished this over the weekend and loved it! What's not to love? I hope you'll update this post after your book group as it would be interesting to know why people didn't enjoy it.

I was very impressed by the science in this book. I have a chemistry degree so know my equations and I couldn't spot any flaws in the concepts. Andy Weir must be a very clever man and have studied a wide range of subjects for several years as I assume the other aspects of space travel/biology are as accurate as the chemistry.

Three of us really like it, and one person found it "meh" but we may have talked her up a star. She noted the lack of character development in Mark Watney - which is true, we know little about him and what he thinks - as well as some improbable things that happen. All in all, it was a great discussion!