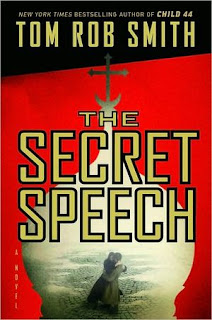 This is the second in a series, so there are spoilers here if you haven't read the first one (which you should have because it is awesome).

Leo and Raisa are raising the two girls they rescued in the first book, but although Elena seems to be adjusting, teenager Zoya cannot forget the role Leo played in her parents' deaths. Meanwhile, Stalin is no longer in power and Leo is now working in homicide. Khrushchev releases a speech admitting the crimes of Stalin's regime and the new paradigm - with police as criminals and former criminals are innocent - creates dangerous turmoil. In this new landscape it is not only Zoya who cannot forgive Leo his crimes, and soon his entire family is in danger, sending him on a quest into the dangerous Siberian Gulags and the violent Hungarian uprising.

Just like in Child 44, Smith has created a fast-paced action-filled story without overlooking the importance of character development. In the last novel, a serial killer plot was set in a backdrop that made investigating the crimes more difficult, but here the plot is more closely related to the complicated political situation. The changes created by Khrushchev's speech weren't clear - many resisted the implications, while many remained unsure, creating an even more volatile and dangerous situation for everyone. Leo, a former employer of the State Security Force, is at special risk, especially when he is forced to enter a gulag and is faced with people he may have himself condemned.

Nothing is black and white in this novel, and there are no clear good guys or bad guys. Even the villain is someone who was just reacting to past injustices. The second in a trilogy is frequently the weakest link, but not so here. The Secret Speech is fresh and compelling and just as hard to put down as Child 44. Fans of crime fiction absolutely should not miss this series!
Posted by 3goodrats at 8:00 PM