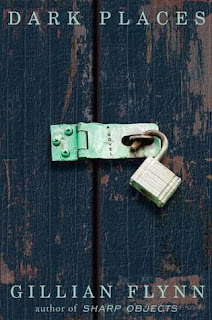 Everybody remembers the 1985 Prairie Massacre of Kinnakee, Kansas. A teenager named Ben Day killed his mother and two younger sisters as part of a ritual Satanic sacrifice. Only 7-year-old Libby survived. Libby is now 31 and barely functional. She isn't able to work - many days, she can't even get herself out of bed - and she's running out of money. The profits she made from her book Brand New Day have run out, and she needs to find another source of income. Then she meets a guy named Lyle who offers her a hefty fee to come speak at a meeting of a group called the Kill Club and Libby seizes the opportunity, not realizing it will bring up questions and make her finally confront her past.

Libby has never questioned the events of that night, or her own damning testimony which put her brother behind bars. But faced with the members of Lyle's club, many of whom are convinced of Ben's innocence, Libby begins to have doubts of her own. She begins to seek out people from her past to find out what they know about the events of that night, including her deadbeat father, her aunt who took her in after the murders, and her brother's friends. Her present-day story alternates with her brother's and mother's account of the last day leading up to the murders (and yes, there are four narrators, but I'm not going to spoil anything by revealing what that's all about.)

Many of us were first introduced to Gillian Flynn through her 2012 hit Gone Girl, and indeed that is what drew me to this earlier novel. Though Dark Places doesn't present the same kind of game-changing twists, it is still very well-crafted and among the top crime novels I've read. I liked the focus on Libby as the lone survivor of a long-ago crime from which she will never really recover, and that despite the sympathy her situation demands she's not someone you'd really want to be friends with. Since she was so young at the time of the murders, there was a great deal she didn't know about what was happening in her family, and Flynn quite deftly revealed those stories to us in the flashbacks just as Libby was discovering them for herself through her investigation. When the truth was finally revealed it wasn't what I would have guessed and I found it quite satisfying.

The audio was very well done - again, I could listen to anything read by Rebecca Lowman, who completely outshone her fellow narrators. They were all perfectly good, and I was happy to listen to all of them, but Lowman is my favorite and few others can compare to her as far as I'm concerned. I'm always a bit worried about listening to crime rather than reading it - I'm always afraid I'll get distracted and miss something important - but this was a great choice. I'll consider audio again for the next book by Gillian Flynn, an author I'll definitely continue to read.
Posted by 3goodrats at 9:21 AM