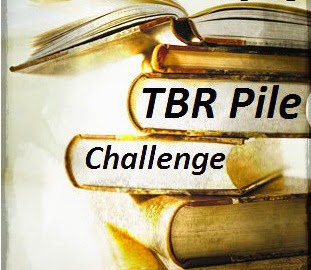 The TBR Pile Challenge is technically not over until the end of the year, but I've completed mine so I thought I'd post a wrap-up now. I'm likely to forget by the end of December.

My original post is here, with titles and completion dates and everything, but in case you don't want to click through, here's what I read, in the order that I read them:

I read 11 of the 12 books on my original list, and one of the alternates. In considering which books I liked the most and least, I can easily to point to Never Cry Wolf as my biggest disappointment. It wasn't terrible, and I didn't have a problem getting through it, but it was definitely only ok. It's a little tougher to pick a favorite. The biggest surprise was probably The Welsh Girl. I was a bit wary because of a cover blurb which compared it to The English Patient, a book I have tried in vain to read and found impenetrable. Two of the books I liked most are non-fiction: Home is a Roof Over a Pig and Lost in Shangri-La. I also really loved Agent 6, but that's no surprise and I've already read Smith's newest book, The Farm, as well.

The only drawback of this challenge is that now I don't want to remove anything from my To Read list (which really has to happen sometimes to keep things under control) because I'm convinced that all the books will surely be good and I don't want to miss them. Luckily, I've become more restrained about what I put on my To Read shelf in the first place.

I'd still like to read my final book on the original list (The Woman in White), but if I don't get to it before the end of 2014, that's ok. It's sort of long, and I'm currently reading War and Peace so I won't be too hard on myself if I only want to read short, easy books for the rest of this year.

Speaking of which, War and Peace is another book I've wanted to read for a good long while, but it's only ever been on the To Read list in my head. It was too daunting to actually add to any real list that I'd be held to. I'm also reading - because W&P is not enough, apparently - a book of short stories called Stay Awake by Dan Chaon, another long-time languisher on my list.

This challenge was just what I needed to spur myself to finally tackle many books that for one reason or another I keep passing over. I'm so glad I participated!
Posted by 3goodrats at 10:28 PM